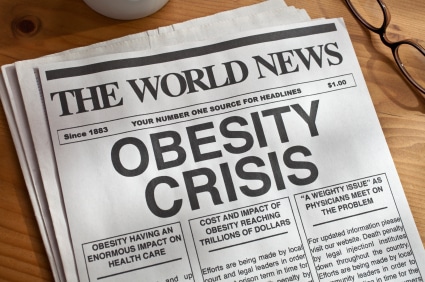 Obesity statistics in Malaysia are getting scarier by the day.  The World Health Organization (WHO) survey in 2010 ranked Malaysia as sixth in Asia with the highest adult obesity rate.

In 2008, Universiti Kebangsaan Malaysia (UKM) did research on the ‘prevalence of obesity among children’.  The results were astounding, showing an increase of obesity of 30% in the 6 to 12 years old age group.

In 2007, Universiti Putra Malaysia (UPM) did a nationwide, all Malaysian states study on obesity,  on Malaysians aged 15 years old and above.  A person with a BMI of more than 30 was considered to be obese.   Those overweight with a BMI reading of more than 25 were excluded.

The UPM researchers found that females were more likely to be obese at 13.8% while men were at 9.6%.  Malays and Indians  had higher cases of obesity  at 13.6% and 13.5%, while Chinese came in 8.5% of their population groups.  Sarawak natives had 10.8% cases of obesity while the Sabah natives had the lowest at 7.3%.  The data obtained were statistically significant (p< 0.0001).

All these obesity statistics have rung alarm bells at the Malaysian Ministry of Health.  The Malaysian government is concerned on the health effects, productivity and the healthcare costs implications of an obesity epidemic in the country.  The government notes that this obesity and overweight issue is far more serious in Malaysia than in other countries in the region.

The Malaysian Ministry of Health had planned for another survey in 2011 to update these obesity statistics.  This would have included a study on the incidences of diabetes and kidney diseases in Malaysia.  But no results are available as of now.