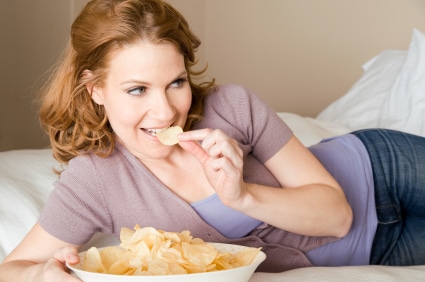 Sugar craving is one of the prime causes of obesity in Malaysia.  The Malaysian Ministry of Health is alarmed at the statistics for obesity in Malaysia.  It has targeted sugar and other high glycemic foods as foods to be taken in moderation as part of its drive to reduce the obesity and diabetic rates in the country.

Sugar craving is the result of insulin levels changing rapidly in your bloodstream.   High glycemic food, that is  food that releases sugar rapidly into the bloodstream after eating, is the prime culprit of this phenomena.  Examples will be white bread, white rice, doughnuts, cakes, potato chips, flour based and processed food and sweet fruits like dates and bananas.

Insulin, that superbly efficient mobiliser of energy, removes excess sugar from the blood.  Now, when a spike in sugar happens, a lot of insulin is produced, resulting in a whole lot of sugar moved into fat storage.  When this happens often enough,it results in a sugar craving, because the insulin loaded into the bloodstream, results in a fast dip of sugar, to which the body now says its hungry. So its a yo-yo from being full to being hungry again, and building more visceral fat.

In addition to insulin levels becoming unstable, each time you eat carbohydrates or sugars, the serotonin levels in your brain will increase, thus making you feel happy and better.  Eating protein does not produce this effect in the brain, thus the craving for sugars on a high protein diet.

It is very important to stabilise blood sugar levels.  Sugar needs to enter the bloodstream steadily over a period of time, resulting in smaller quantities of  insulin released into the bloodstream.   This can be achieved through supplements and the type of food eaten and how the food is eaten.  Joining a group to discuss ways to stabilise your blood sugar levels for the long term is key to weight loss success.